For the 3rd time this season, the weather has a detrimental affect on our game, with the home match against Birch Vale & Thornsett 2nd XI being abandoned in the second innings.

The match started 35 minutes late due to the rain, reducing the overs to 41 apiece, after Captain-for-the-day, vice captain James Beswick won the toss and put Birch Vale into bat, everything seemed to be going well, with the visitors 2 wickets down for 2 runs, when their young keeper #4 Kallis Hyde joined captain Tim Johnson at the crease, who over the next 27 overs put 62 runs between them on the board, with the fall of the captain at 64, and Kallis falling just one run short of his half-century, being caught at midwicket by Madussar Bashir, with the visitors at that point then 83-5, the innings came to a fairly swift conclusion, with the remaining batsmen managing just 14 additional runs, to end the innings all out for 97.

With tea complete, and grey skies overhead, Stalybridge’s Chris Gledhill and Jordan Elliott enter the field, needing 98 to win, both dismissed in short order, captain Beswick is bowled for 12, and Faz Hussain and Nathan Lowe being the last of the Stalybridge contingent to take the field, when the rain starts in-ernest, both captains convene and come to the decision to abandon the match with just 50 minutes of the innings played.

Next week, the 2s make the short journey to Offerton, weather permitting, without their intrepid scorer and match reporter, so don’t expect a report for that match, or at best a terse “x won”; see y’all in two weeks for the back-to-back Saturday & Sunday matches between Chapel-en-le-Frith and high-flying New Mills.

Stalybridge St Paul’s finally had their first home game of the season on Saturday as they entertained Charlesworth.

Having won the toss again, an easy decision was made to bat first, with the wicket and ground looking as good as ever, as Stalybridge hoped to continue their slow improvement of form with the bat.

Adam Harwick answered the call for somebody to ‘stick-around’ as he produced a very steady 56 opening up, with most others chipping in around him. Khalid Akram (23) and Mike Mallett (27 not out) helping out to allow Stalybridge to set 175 for 7, a tricky but certainly chaseable total.

Charlesworth’s reply got off to the worse possible start as they were soon 1 for 3 and 27 for 5. A couple of healthy partnerships however left them still in the game, and even looked favourites at one point as batters 8 and 9 nudged the score to 140. However, a couple of late James Brady wickets meant Charlesworth fell just 8 runs short. Brady eventually finishing with 4 for 43.

Stalybridge 2nds fell to a heavy defeat away at Compstall.

This Saturday sees the 1sts  visit Birch Vale looking to avenge the cup defeat with the 2nds hosting the same opposition.

Well, it seems that the sunny weather only benefits the games played at home, having just watched the 1sts get their first win of the season, at home, after a short trip over Werneth Low to Compstall, to witness a resounding defeat to two batsmen, the opener Ravi Patel, who batted the full 45 overs putting 114 on the board with seventeen 4s & two 6s, and number 4, bowler Vinny Clark, who managed an equally impressive 67, between them a one hundred and sixty three partnership.

In reply, if you can call it that, facing a 12 year old opening bowler, (the only bowler we’re likely to face smaller than Gary Sandiford) playing his second game for the Compstall 2nds (although he does also play for Cheshire and bowled really well), Stalybridge over the next 28 overs only managed to put 78 runs on the board, with top scorers James Brady and our Jordan hitting the heady heights of 12, showing how effective our batting was.

In fact, the only bit of excitement during our innings was the threat of one of the lambs off the field behind the ground getting through the fence, and watching as a couple of people tried to rescue it.

And a reminder, that this coming Tuesday afternoon, the club host the final rounds of the Tameside Schools Kwik Cricket competition, and I’ve been asked to say “anyone free to assist (in serving behind the bar, umpiring, helping to prepare/clear away would be welcomed”, more details in the original post.

Stalybridge St Paul’s made the short trip to Woodley on Saturday as the weather finally allowed for a guaranteed game.

Having won the toss and elected to bat, regular wickets fell all through the innings as Stalybridge’s shot selection left a lot to be desired. Only a brief Rob Mallett blast of 22 managed to nudge the score past hundred, which left Stalybridge with only a glimmer of hope.

A few early-innings wicket in Woodley’s reply showed a bit of fight but 105 was way too low a total as Woodley passed their target with 4 wickets down.

On Sunday, Stalybridge then travelled to Birch Vale in the first round of the cup. A more-spirited batting display meant Stalybridge set 153, with opener Harwick (26), Barnes (20), and a 50 partnership between Brownhill (23) and Mike Mallett (27).

In reply, Stalybridge had Birch Vale struggling at 60 for 5, Gary Sandiford standing out with 3 quick wickets. Vale’s two veteran batters then got together however and pushed the run-rate up to expertly guide them to victory in a game that looked like it was going to be very tight at drinks. Another defeat but certainly positive signs as Stalybridge slowly get into the swing of things.

In contrast. Stalybridge 2nds showed the 1sts how it was done with 2 victories, over Buxworth on Saturday and Birch Vale on Sunday. Ant Hunter scoring 33, veteran Pete Coxon and Bashir picked up 3 wickets each. This was followed by another comprehensive victory in the cup on Sunday. This time Coxon picked up 4 wickets with Chris Gledhill also chipping in with 4 including a 3 wicket maiden.

This Saturday sees the 1st finally at home vs Charlesworth, with the 2nds travelling to Compstall. 1.30 start.

Stalybridge 2nds opened the batting after losing the toss to a 10 man Buxworth, with a solid Mike Brownesque performance from Anthony Hunter, with 33 runs from 99 deliveries, before the rest of the team collapsed with just Gary Sandiford and Keith Bowers making double figures (just) with 17 and 11 respectively, leaving Brian Stone’s men’s innings 6 runs short of a batting point, mainly down to a good bowling performance from Buxworth’s young bowler Marcus Page who bowled a respectable 4-26 in 10 overs.

With just 94 on the board, it looked an unlikely task to take anything from the match, but with said bowler Page having to drop out of their batting, Buxworth were subsequently reduced to nine men, which, between Mudi Bashir (3-14 5M 10O), Pete Coxon (3-21 6M 10O), Gary Sandiford (1-4 1M 2O) and Faz Hussain (1-0 1M 1.3O) managed to knock over in short order keeping Buxworth to a innings total of just 59, with only Ken Bradbury and Alan Reynolds making double figures for the Derbyshire side with 18 and 11 between them.

The 2nds next match is tomorrow when they play the rescheduled Hawke Trophy match against Birch Vale and Thornsett CC again at home, who incidentally are the same team they’ll be playing at the next home game two weeks from now, with Compstall CC away in-between on the 14th.

Well, much like the opening cup fixture weekend, both the 1st’s and 2nd’s games against High Lane are off, due to the “pisswetthrough-iness” as our resident Twitterati might say.

Ah well, I’m sure it was just a ploy by 2nd Team Captain Brian Stone, who wasn’t looking forward to having a game where I wasn’t available to score.

Well, roll on Week 3 – with 2nd’s hopefully playing host to Buxworth and the 1st’s travelling to deepest, darkest Woodley. 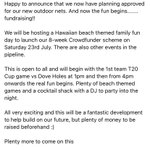 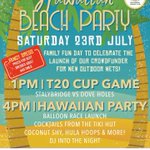 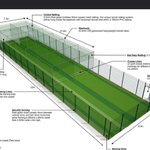 3 days ago
Fans favourite Pizza'ere - Romiley will be at junior training this Friday. Don’t have your tea at home 🤪Still time for your child to give us a go with plenty of weeks of junior training ahead of us. All welcome and all equipment provided#stalybridge #dukinfield#tameside https://t.co/FcrnjtabLX
1 4 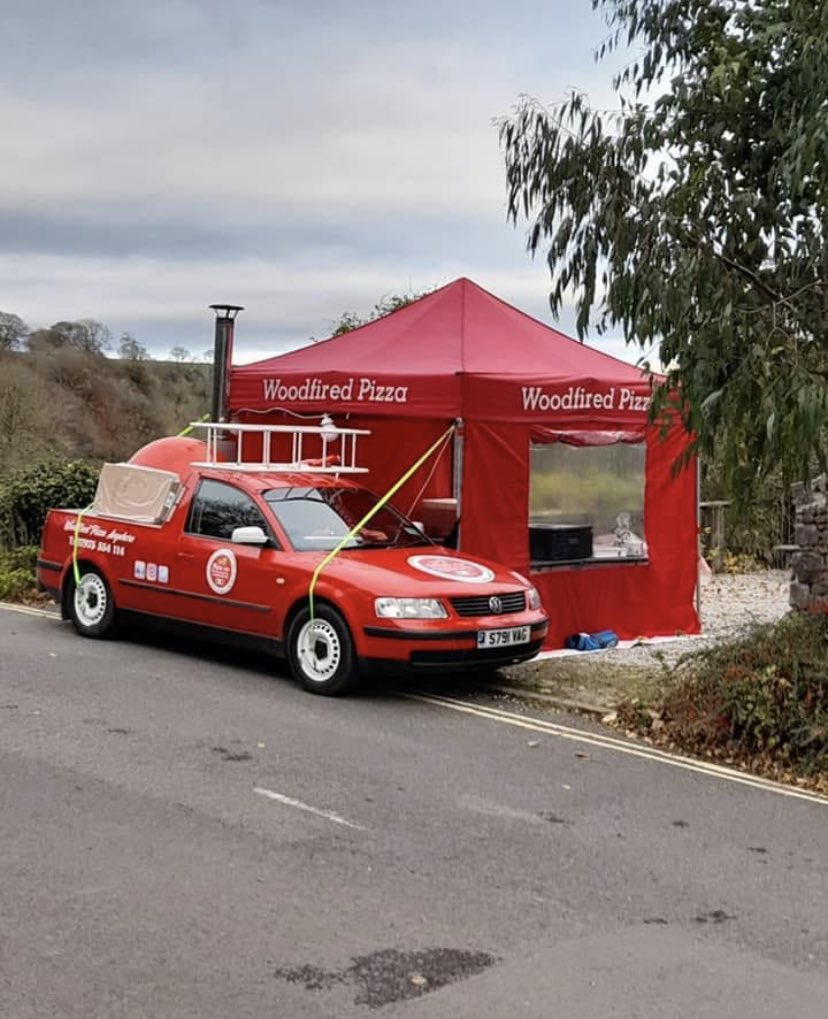 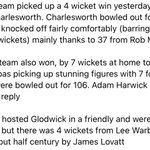 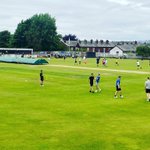 Stuart Elliott@stuart0870
Scorer for Stalybridge Cricket Club. Stalybridge Celtic and Manchester City fan and all-round geek..
Total Tweets1.08K
Followers52
Following43
@stuart0870: @Charlesworth_CC vs @StalybridgeCC 1st XI Match Report by a biased Stalybridge scorer. @dandccl #Div2
2
12 days ago
Are any clubs available for a 3rd team friendly this Sunday, preferably at our ground? Please get in touch
3 2
13 days ago
@stuart0870 @hollingworth_cc @dandccl Great game of cricket yesterday and a big performance from our favourite whack a mole himself @sandygaryford #UpTheBridge 💚💛
1 2
13 days ago
Happy Father’s Day to all the cricketing dads. Feel free to tag away if this reminds you of anyone 🏏 https://t.co/WBRoBqcVhY
9 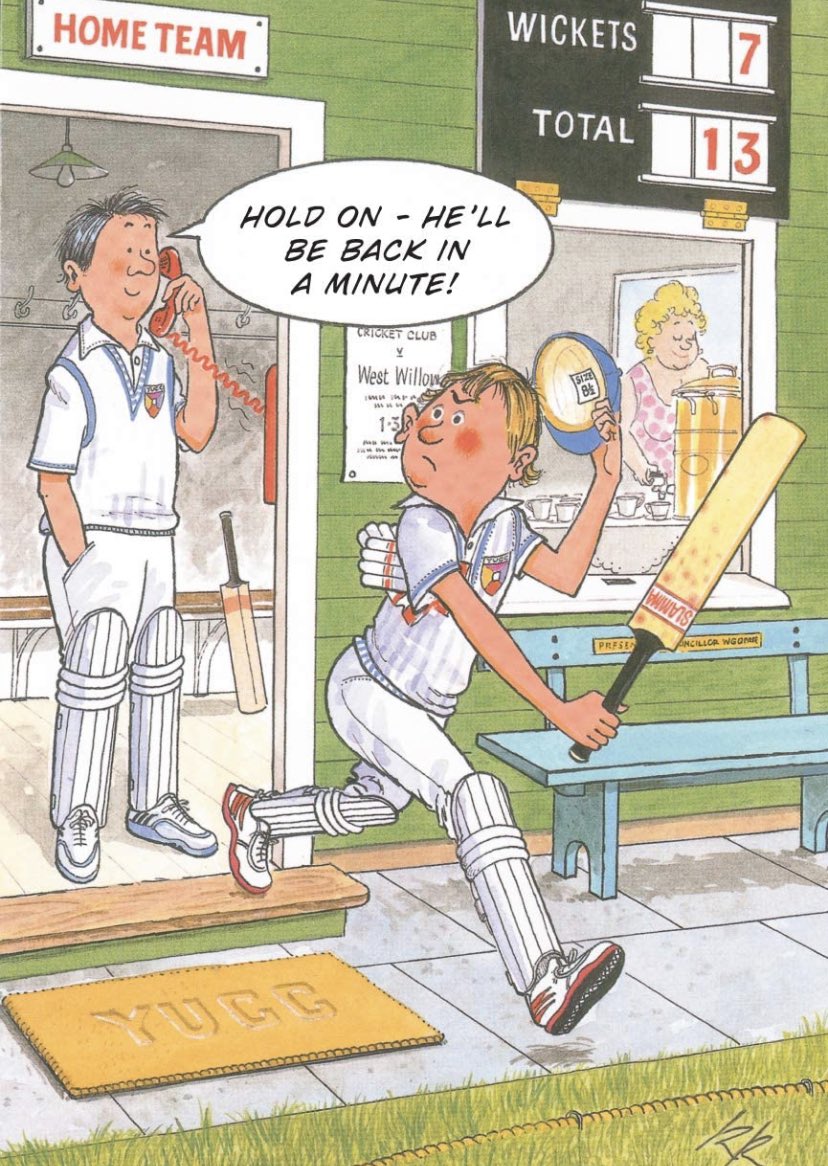 Stuart Elliott@stuart0870
Scorer for Stalybridge Cricket Club. Stalybridge Celtic and Manchester City fan and all-round geek..
Total Tweets1.08K
Followers52
Following43
@stuart0870: Match report from @StalybridgeCC 1st's home match against @hollingworth_cc in @dandccl #Div2. https://t.co/mQw2VLyQH8 #LearnToCatch
2
14 days ago
1st team at home today vs Hollingworth. 1pm start and hopefully still warm enough to join us for a beer or two2nds go to Hazel Grove and tomorrow the 3rd team make the short trip to Charlesworth#playlocal
1 2
24 days ago
We are on the lookout for a 3rd team friendly this Sunday, preferably at home. Please get in touch if interestedNote - genuine 3rd team cricket with the majority being new-ish to the game 😁
1 2
Follow @StalybridgeCC